We are ecstatic and relieved to announce the release of GNU Guile 3.0.0. This is the first release in the new stable 3.0 release series.

See the release announcement for full details and a download link.

The principal new feature in Guile 3.0 is just-in-time (JIT) native code generation. This speeds up the performance of all programs. Compared to 2.2, microbenchmark performance is around twice as good on the whole, though some individual benchmarks are up to 32 times as fast. 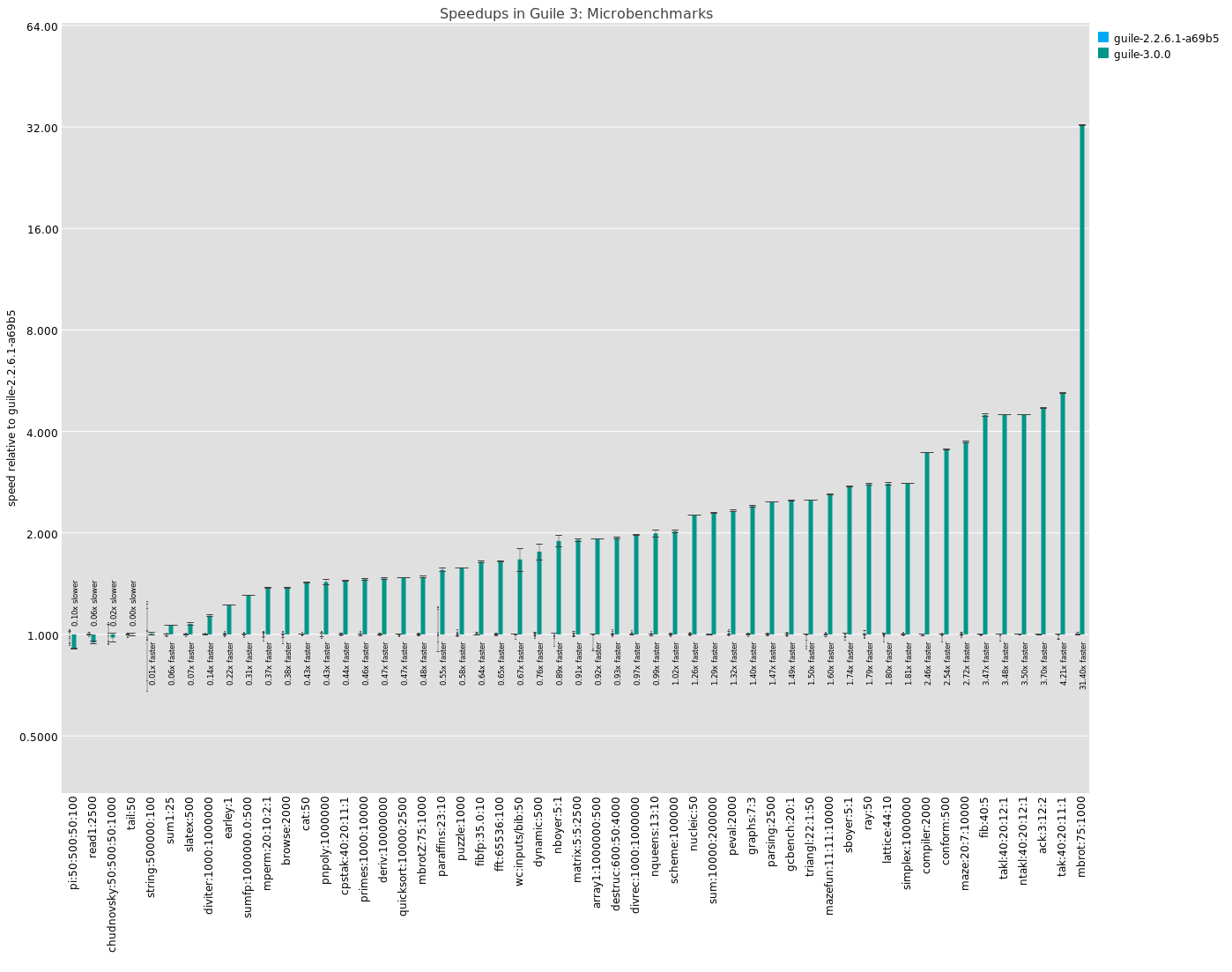 For larger use cases, notably, this finally makes the performance of "eval" as written in Scheme faster than "eval" written in C, as in the days of Guile 1.8.

Other new features in 3.0 include support for interleaved definitions and expressions in lexical contexts, native support for structured exceptions, better support for the R6RS and R7RS Scheme standards, along with a pile of optimizations. See the NEWS file for a complete list of user-visible changes.

Guile 3.0.0 and all future releases in the 3.0.x series are parallel-installable with other stable release series (e.g. 2.2). As the first release in a new stable series, we anticipate that Guile 3.0.0 might have build problems on uncommon platforms; bug reports are very welcome. Send any bug reports you might have as email at to bug-guile@gnu.org.